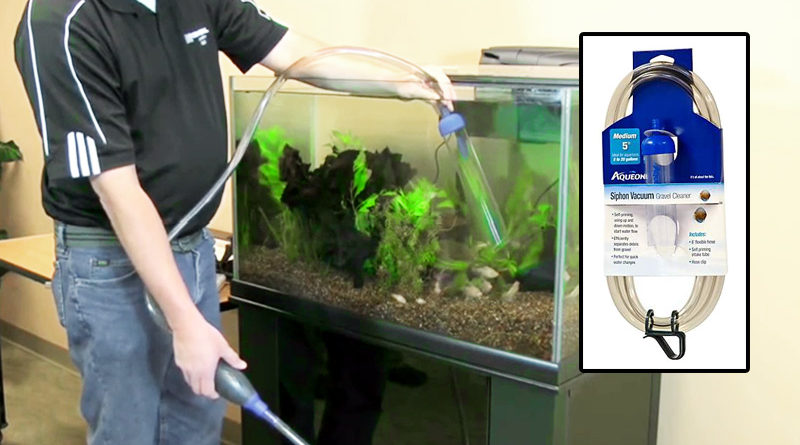 You want to be a good fishkeeper, you want your fish to be happy and healthy. So, naturally, you want to know how often you should vacuum your aquarium gravel. After all, that’s where your fish’s poop settles. And you wouldn’t ignore poop in your cat’s litter or your guinea pig’s bedding.

It stands to reason that your fish should be the same? Almost! The difference between your aquatic pets and your terrestrial pets is that your aquarium is more of an enclosed environment. Fish poop does break down and is consumed by beneficial bacteria, snails, and detritus worms. But, just because that natural process takes places, doesn’t mean you should ignore an excessive build up of fish poop and other detritus in your aquarium’s gravel or substrate.

So, in this article we’re going to talk about when you should be using a gravel vacuum on your aquarium’s substrate.

When it comes to vacuuming your gravel—like so many things in fishkeeping—there are no hard and fast rules.

You might have heard, “you should clean your gravel once a week!”

And while that might a straightforward rule to follow, it ignores all the variables at play. It could very well be that you can get away with only vacuuming your gravel once a month. On the other hand, you might need to be vacuuming it every day!!!

Don’t panic though, you don’t need to be a wizard understand your aquarium. Below are the key variables you need to consider and the hard numbers you can measure in your aquarium to see know if there’s a problem.

First thing you need to think about is: do you have a lot of fish in your tank. If your aquarium is loaded with fish, then that means you’re feeding them more, so naturally they’re producing a lot of waste and if you don’t vacuum the gravel often, it will build up.

Some Fish Are Messier Than Others

In addition to how many fish, what kind of fish do you have? This is important to consider because no two species of fish are the same. Some are just inherently messier.

For example, plecos are known as “poop machines” for a good reason. Whereas, some large cichlids have this frustrating habit of chewing up, spitting out, and chewing up again and again. As you can imagine, this makes tons of mess! And we can’t forget the world’s favorites, goldfish—they eat a bunch and poop a bunch!

Poop falls down to your substrate, right? Not always! Where your fish’s poop ends up depends on your pump. If you have a power filter, i.e. a filter that has a motor, then there’s a good chance a large amount of the fish poop will be sucked into the filter’s intake.

A strong pump with a strong flow will suck up more detritus, whereas a weaker pump will capture less. And air-driven filters—like sponge, box, and ziss filters—will not capture much solid waste at all.

Therefore, you must also consider the power of flow/suction your filter creates when trying to understand how often you need to vacuum your aquarium’s gravel.

The last piece of the puzzle is the (very basic) chemistry involved. Put simply, fish pump out ammonia, while your aquarium’s beneficial bacteria converts that ammonia to nitrite and nitrate.

As fish waste breaks down it produces more ammonia. It’s not something you can eliminate. Moreover, it’s not really something you need to be aiming to eliminate. That’s because your bacteria colony around your tank, and especially in your filter media, will be hungry enough and happy enough to process that ammonia for you.

However, too much waste sitting in your substrate could eventually outstrip your bacteria colony’s capacity to process it.

Regardless of whether your bacteria population is big enough and strong enough to cope with an excess of fish poop, you still might not want to let it build up.

This is mainly because fish poop will become an eyesore. First of all, as it breaks down into smaller pieces it gets lighter. Once it’s lighter, it can start to float around your aquarium. Additionally, if your gravel contains a lot of waste, moving rocks, plant, or other decorations becomes a problem; specifically, anything upsetting the gravel bed will result in an ugly cloud of half decomposed feces clouding up your previously beautiful fish tank.

Plants can both help and hinder appropriately maintaining your substrate.

For example, plants that like to root in the substrate—such as Amazon swords or cryptocoryne species—will naturally consume your fish’s waste in their search for fertilization.

Amazon swords will devour so much fish poop and grow so big and so fast that their roots will soon spread throughout your substrate. This can be good, and it can be “bad”—while widespread roots can find more waste, they can also make it so you won’t be able to vacuum the substrate without uprooting the plant. However, I put “bad” in quotes because if you’re lucky enough to have rooted plants expand across the majority of your substrate you probably won’t have much of a problem with waste build up anyway.

Plants, like the beneficial bacteria in your aquarium, will help with your water chemistry. Not only will plants attack the solid waste in your substrate, they will also consume the nitrogen compounds in your water (ammonia, nitrite, and nitrate).

The food you feed to your fish can also play a role in how often you should vacuum your aquarium’s gravel.

It’s not just the volume of food you provide, but also the type of food.

Some commercial food breaks apart quickly and messily. Then, if you don’t have substrate sifting fish in your aquarium—dojo loaches for example—then that errant food might stay, indefinitely, mixed in with your gravel bed.

And if you’re like me, you might feed fresh foods like vegetables, or frozen foods like chopped mussels. These kind of foods, while good for your fish, are extremely messy. Leftovers can quickly foul your tank’s water, especially in the case of meaty foods—therefore, it’s best to clean out uneaten veggies and protein from the aquarium post haste.

How Are Your Fish Looking?

So, we’ve covered a large list of things that can affect the build up of waste in your aquarium’s bed of gravel, pebbles, or sand. But how can we know when there’s an unhealthy build up?

Well, a good indicator that there might be a problem in the aquarium is the fish themselves. Because fish will let you know if they’re not feeling right: are they lethargic, are their fins clamped, are they generally acting out of the ordinary?

I said in the introduction to this article that there were no hard and fast rules about when to clean your aquarium’s substrate. However, there are a couple of measurable exceptions!

Quickly put, an aquarium must be “cycled” in order to provide a healthy home for fish. The cycle in question is the nitrogen cycle. Simply explained, the nitrogen cycle involves beneficial bacteria consuming and processing ammonia, first, into nitrite, and then ultimately, into less harmful nitrate. A “cycled” aquarium, is an aquarium with a healthy colony of these beneficial bacteria.

If you have a mature aquarium, generally you don’t need to test for ammonia or nitrite very often. But, nevertheless, you should check periodically to make sure everything is tip top, okey dokey, etc.

Should ammonia or nitrite be present in a mature aquarium, then this means your beneficial bacteria isn’t keeping up. This is quite rare, but it can happen. In such a scenario, one of the first things I would check would be my substrate—is it overloaded with detritus? If so, vacuum that gravel and do a couple of water changes and keep testing your aquarium water.

Another sign that there’s an excess of detritus in your aquarium is an exploding population of snails, especially MTS (Malaysian trumpet snails). Although, for their population to grow, they must be present in the aquarium to begin with.

What Is A Gravel Vacuum Anyway?

We call them gravel vacs to draw a comparison with our household vacuum cleaners. Obviously there is no vacuum involved with your gravel vac. Rather, it creates a siphon which will drain the water out of your aquarium and down into a bucket, a drain, or maybe right onto a flowerbed in your backyard!

Use A Good Gravel Vac!

Personally, I like Aqueon’s gravel vacuums because they come with a handy squeezable bulb that starts the siphon. Additionally, the Aqueon product comes with a handy attachment to hold the waste hose to the rim of a bucket. The attachment helps eliminate spillages!

If you’re a newcomer to the aquarium hobby I could see how you might have a smidgen of anxiety about the cleanliness of your substrate. My advice to you is to avoid worrying. Just keep an eye on your fish and an eye on your substrate, i.e. be mindful! If you suspect a problem, address it.

I appreciate that some will tell you to “vacuum your gravel once a week” and while that would probably be enough for most tanks, it might not be—that’s why we’ve looked at the variables, to help give a better base from which to understand your aquarium.

With time, experience will come and eventually you’ll just “get a feel for it.” 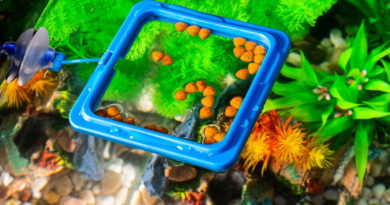 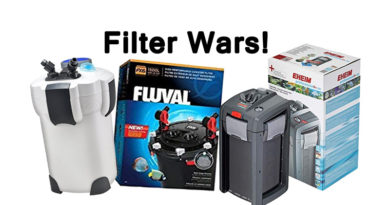 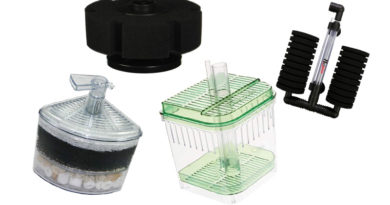