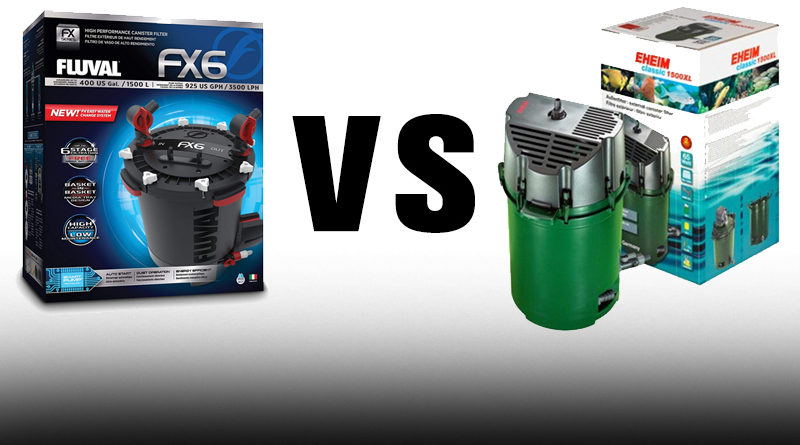 Fishkeepers love fish, and we have extra love for our own fish especially. That’s the reason why we want the best of the best when it comes to equipment. Nobody among us wants to lose a fish because we skimped on, in this case, getting the best filter available.

When it comes to large canister filters, the Fluval FX6 and the Eheim 2262 are the two best.

However, the FX6 has a unique concentric design where a large portion of the media capacity is required to be taken up by foams. While some users may prefer to have a larger customizable area, the FX6 does dedicate its central section to your biological filter media of choice.

Comparing price represents a challenge, because there are often sales and price changes. But, at the time of writing this piece, the FX6 is the less expensive product. Right now, on Amazon.com (affiliate link), the FX6 is priced at around $330 whereas the Eheim 2262 is $430. So, for two products with a similar media volume and flow rate, the significant difference in price is a big win for the Fluval FX6.

However, as I say, prices change all the time, so check the current prices on Amazon right now.

Considering the fact that flow rate and canister size are comparable, perhaps the different features of the two filters might help you decide.

The first noteworthy feature on the FX6 is the drain, which allows you to attach a hose, open a valve, and easily drain the canister of water.

Fluval’s focus on easy maintenance extends to the canister’s lid. In the FX6, the manufacturers have implemented easy to unscrew fasteners that, once loosened, flip down to the side easily. This makes removing the filter’s lid a total breeze.

Continuing with the easy maintenance theme; the Fluval FX6 is equipped with T-bar handles to make lifting the filter media trays out of the canister particularly easy.

The FX6’s pump is positioned outside the canister. This is an effective innovation from Fluval because a) it leaves more space for filter media inside the canister, and b) it makes removing and tending to the impeller easier than its competitors.

While the above features are totally cool, my favorite feature is the filter’s simplest one: its configurable indicator dials. Atop the filter’s lid are two, manually set dials that can be used to remind you of the last date you performed filter maintenance, and the last date you changed the water on your aquarium.

The Eheim equivalent to the FX6, however, is less feature rich.

The 2262 is equipped with a pump outside of the canister, its pump is positioned on top of the canister rather than at the side like the FX6. A top-placed pump is, arguably, better than a side-placed pump as it does not add to the footprint of the unit.

Again, similar to the FX6, the Eheim 2262 features a drain which allows the user to empty the filter making it lighter and maintenance easier.

While the FX has media trays that create concentric circles, the Eheim 2262 has very simple and thin separators to divide different types of media. This isn’t necessarily an inferior setup, as it depends what you, the user, are looking for. Sure, the FX6 creates directed flow and easier maintenance, but the 2262 offers total customizability, i.e. you have a totally open bucket-style space to configure with media exactly how you’d like.

Well, simply put, the impeller turns and water is sucked out of the aquarium and pumped back into the aquarium. Simple as that, right? Well, yes and no. The way the FX6 and the 2262 work is slightly different, and in an interesting way.

The Eheim 2262 is more of a traditional linear canister filter; i.e. it enters in the bottom and exits the top. Whereas, Fluval’s FX6 features a concentric design where the water flows through an outer circle of mechanical filtration (foam) and then enters an inner circle housing the biological filter media before, naturally, being returned to the aquarium.

Overall, it’s difficult not to declare the FX6 the clear winner in this bracket. However, bear in mind that the difference in price is a major contributing factor to why I prefer the FX6 over the Eheim 2262. Sure, the FX6 shades it in a lot of categories—flow, capacity, etc—but, it’s only marginal. So, if you’re able to find a deal on the Eheim 2262 go ahead and get it; there’s no reason to feel like you’re purchasing an “inferior” filter because both are, honestly, excellent canister filters for large aquariums, messy fish, and aquarium hobbyists who like to buy the best for their fish.

Still Not Convinced? Check Out These Recommended Videos

The following video is Fluval’s official video about the FX6. It’s a few years old, therefore some of the info in it might be outdated. But, overall, it gives a real nice feel for what the FX6 is and what Fluval’s intentions were when designing it.

And next is a video from well-known YouTuber PondGuru. I love his video because he goes into detail about how the FX6 works and gives you a direct look at interior, the trays, and the way they direct the flow.

Well worth a watch for anybody considering buying the FX6!

Unfortunately, YouTube doesn’t have the 2262 as well-covered as the FX6. But, there are some really good videos about the 2262 out there. One example of that is Robert Lee‘s setup video of his Eheim 2262. Check it out below. 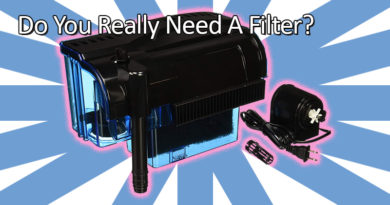 Do You Really Need A Filter In Your Aquarium? 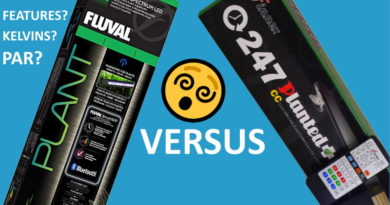