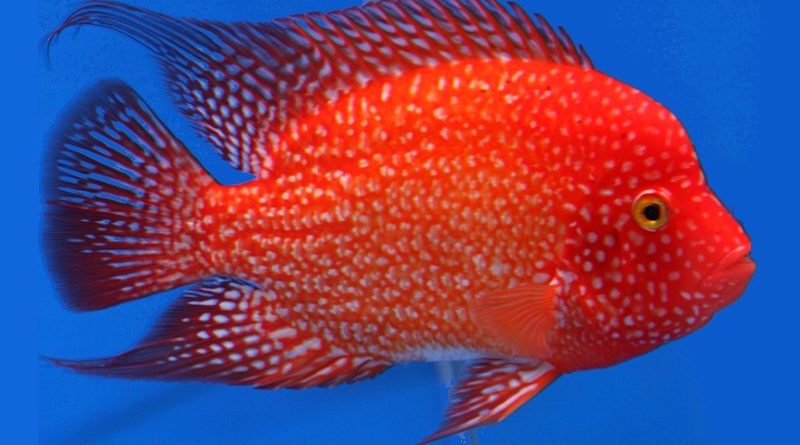 The thing about red Texas cichlids is the price, isn’t it? Sometimes they go for hundreds and hundreds of dollars, and yet, you can pick them up at PetSmart for less than $50! It can be tempting to go for that less expensive fish, but you just can’t kick that nagging feeling that the more expensive fish might just be worth the price.

Why Are Some Red Texas Cichlids More Expensive Than Others?

It might seem obvious but, it’s because some are considered to be higher quality specimens. And by that I mean, they’re seen as generally more desirable.

People have been breeding dogs for hundreds of years. As such, we have organizations like the American Kennel Club. The AKC are happy to detail and publish “breed standards” for the different varieties of dog. So, judges can refer to the desired traits when deciding the winners of a dog show.

While not as institutionalized as dog breed standards, red Texas hobbyists have—more-or-less—come to a consensus on what is and isn’t desirable.

The Problem With “Breed Standards”

Breed standards are established on a consensus. And that’s fine! If people want to get together and find that, in general, most of them agree on what they want out of a variety, then that’s great.

However, when you pick a fish, remember, it’s going in your tank. You’re going to be the one looking at it every day. So, remember that while this article covers what’s considered desirable to many red Texas keepers, it’s more important that you like your fish.

Therefore, remember, put your personal preferences ahead of anything you read in this article!

Red is in the name of the fish, so let’s start with red. Most red Texas cichlids aren’t, in truth, very red at all. Actually, they’re usually more of an orange color. And sometimes, they can even be quite yellowish looking.

The tendency to show orange rather than red comes from one of the component species, the midas cichlid. The midas and/or red devil cichlid is used to created the blood parrot, which is then typically used as the female in a pair with a green Texas male to create F1 red Texas cichlids.

Check out this article on how they’re bred.

Cherry or crimson red is much, much more desirable and more difficult to maintain. It requires a combination of an underlying genetic component, the correct diet to encourage red, and finally it helps if the environment encourages a stronger coloration, i.e. a lot of hobbyists will use red and black gravel to encourage a truer red.

Some red Texas cichlids tend to have a white belly, but it is preferred if the red covers the fish’s underside.

Red Texas cichlids are covered in white “pearls” or spots.

We need to say one last thing about red to understand what we want from white. Ideally, it’s preferred if there is a stark contrast between the red and the white. So, we want the red to be a true red rather than a light orange or, worse, a yellow. Then to further aid the contrast, we want the white pearls to be as close to pure what as possible. This is because cream or yellowish pearls don’t “pop” as well against the red base color. Furthermore, extremely white pearls almost have a reflective value that is highly sought-after.

The next important thing to consider with the white pearls is coverage. Consensus among red Texas keepers is that more pearl coverage is better, i.e. the pearls should cover the entire body, including the mouth/lips, and all the fish’s fins.

Not merged, clusters not desirable.

We can learn a lot from koi keepers and breeders, and one of the biggest things we can learn from them is the focus on body shape. It’s tempting to ignore body shape for ideal color, but the shape of a fish’s body is an important ingredient in the recipe for an ideal aesthetic.

Your red Texas cichlid should have a somewhat deep body. Though, it should remain longer than it is tall, with an overall rectangular look to it. Obviously, a true rectangle shape would look ridiculous and isn’t possible anyway, but it should be closer to a rectangle than a torpedo shape.

And don’t underestimate the allure of a chunky fish. By that I mean, a red Texas cichlid’s body should be thick. And, importantly, that thickness should extend across the entire body. Especially the stomach, as many examples of the variety suffer from sunken or tapered stomachs which are not desirable.

A deeper body and a more prominent nuchal hump (kok) can help in creating the look of a shorter face.

I think of the fins of a red Texas as like the icing on the cake.

As mentioned earlier, first and foremost, you want the white pearls to extend onto all the fish’s fins.

But, just as important as coloration, is the shape of the fins.

The caudal, or tail, fin should be as broad and flared as possible. It should be big and round; think of it like an old fashioned folding fan.

Red Texas cichlids are not flowerhorns.

Where Do I Find A “Good” Red Texas Cichlid

The best place to find a good red Texas cichlid is, in my opinion, to go directly to the breeder or a trans shipper. This is because you can open a dialogue with the breeder about the kind of fish you want and how much you’re willing to spend, and then the breeder can match you up with one of their fish.

The best place to find breeders is via Facebook. Check out some of the following groups:

Ever wondered how to breed red Texas cichlids? Then check out this article on exactly how to do it. 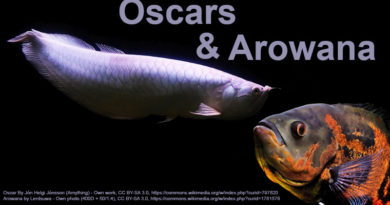 You Should Keep Zebra Danios!