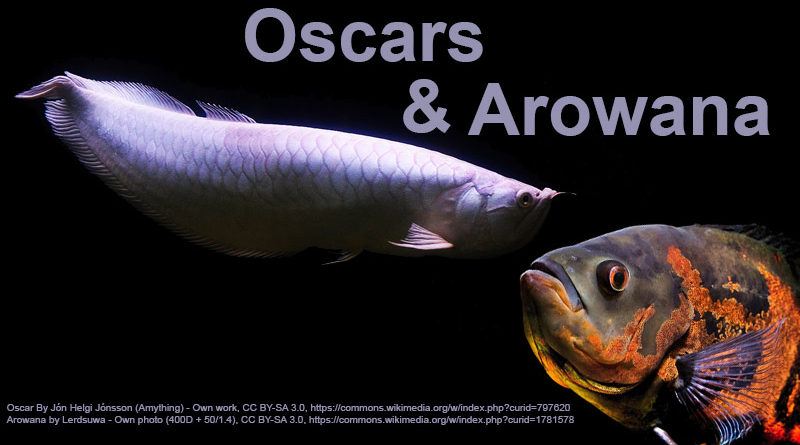 Wondering if you can keep oscars with arowana?

Oscars With Arowanas, Size Can Be A Problem!

This is because if your oscar is much bigger than your arowana then it could bully or eat the arowana. Also, the converse is true. Like oscars, arowana are not averse to gobbling up fish that can barely fit in their mouths. So, you should be certain that neither fish is small enough to fit in the other’s mouth!

Both oscars and arowana grow very fast. So, typically you can keep them together as juveniles and they will grow at similar rates and remain safe from each other. However, all fish are different. So, therefore, growth rates are also different. What complicates this further is that water quality and diet also affect growth rate. In fact, even water temperature can speed up or slow down growth! So, if one fish outpaces the other in the growth department then it might be time to consider rehoming one of the two fishes before something bad happens.

Temperament: Oscars Are Cichlids, Remember That

When it comes to temperament, both fish will be unique. However, the cichlid will be the more mercurial of the two; such is the nature of the family. So, keep in mind that your oscar might be very peaceful, but equally it could turn out to be a cantankerous so-and-so. This is another cause for concern, because an inherently ill-tempered oscar could harass your arowana. Well, at least until the arowana outgrows the oscar and becomes unaffected.

No matter the type of arowana you obtain, they’ll be happy with a pH of between 6 and 7. And, luckily, the same goes for your oscar.

However, they are likely to be even more tolerant of different pH values than their wild counterparts. This is because both oscars and arowana are typically raised on ornamental fish farms for the aquarium hobby. As such, over generations of captive breeding, the successive offspring have become more and more tolerant of a wider range of water parameters.

When it comes to temperatures, arowana like the water a bit on the warmer side. However, oscars are also happy in the upper ranges of tropical aquarium temperatures. As such, there is “Goldilocks” spot that’s juuuuust right for both types of fish. Oscars (per FishLore) are reported to prefer a temperature range between 72°F and 80°F (22°C and 27°C). While arowanas like between 75°F and 86°F (24°C and 30°C).

Diet For Oscars & Arowana: A Match Made In Heaven

Diet-wise, both oscars and arowana share a similar diet. Both like to eat invertebrates. Furthermore, they both enjoy eating from the surface of the water. While oscars will eat other fish opportunistically, they generally prey on fish less than arowanas. But, there is enough crossover in their diets to make feeding them in a shared tank a breeze. Both fish are fast growers and require plenty of protein rich food to reach their growth potentials.

Generally, tank size policing is a touchy topic. However, when it comes to pairing an oscar with an arowana tank size is going to be an important consideration. While oscars only reach around 14 inches (35.5cm), your arowana can and will top out at three feet long (~1m)!

Sometimes we can get away with sub-optimal aquarium sizes by increasing water changes and keeping detritus siphoned off. Maybe you can add on an extra filter or two to keep water clean in an overstocked tank. But with arowanas they’ll need a large tank simply as a result of their substantial length.

Combine this with the fact that both oscars and arowanas require protein rich food that fouls a small body of water easily and it becomes unavoidable: you need a large aquarium for oscars and arowana as tank mates.

What Type Of Oscar Is Best?

Oscars come in a range of selectively bred strains.

Check out this article on all the different oscar varieties.

What Type Of Arowana Is Best?

There are four types of arowana common in the aquarium hobby. The silver arowana, the Asian arowana, the jardini arowana, and (less commonly) the African arowana. They all make for acceptable tank mates for your oscar. However, as per the section on size: if you arowana grows too big, too fast it might become a risk to your oscar. An arowana will be happy to devour your oscar if it can fit it in its mouth. Never forget that. 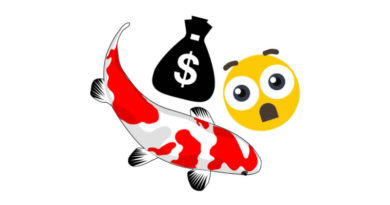 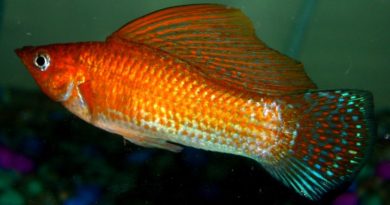 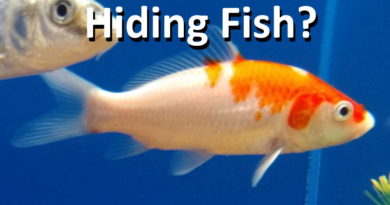