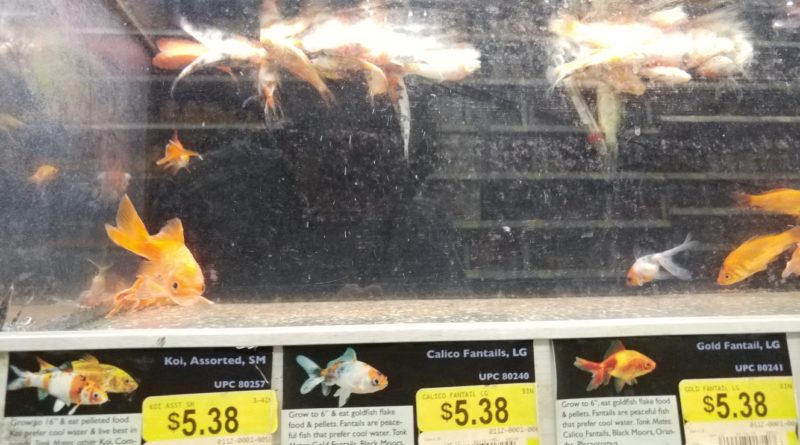 My Fish Are Always Sick!

In this article I’m going to cover some of the sources you can obtain healthy fish from!

Let me guess, you’re fairly new to the aquarium hobby and no matter what you do your fish either keep dying or they never quite thrive like you might see on YouTube videos or in other people’s tanks?

Well, if your tank is cycled and you’re keeping up with water changes then your fish are probably dying because they’re just bad fish.

Let Me Explain What I Mean By “Bad Fish”

The vast majority of fish you buy in pet stores and even some local fish stores are farm raised and not quarantined by the store. This means they will typically get fish imported and then immediately throw them into their sale tanks and you might be buying them the same day they arrived in the country!

As you can imagine, as a result of the long journey, those fish are going to be stressed and nowhere near optimal health levels.

But, it’s not just that, they’re usually raised in outdoor ponds and as such they’re often exposed to, and therefore infested by, parasites. And because these fish are kept together in the thousands, those parasites spread. So do other diseases too.

Furthermore, we have to consider a genetic component. Some fish are naturally colorful, but lots of ornamental fish are selectively bred to isolate and enhance color. This is typically achieved via a degree of inbreeding by the breeder. If a breeder really wants to lock in a preferably trait, the best way to do that is by breeding sibling to sibling or parent to offspring.

As you can imagine, that level of inbreeding can sometimes produce generally weaker fish.

And last of all on my list: unsustainability. By this I mean the fish you see in the pet store tank might be beautiful, but you, as an average hobbyist, might not be able to sustain that beauty.

There are a number of methods breeders and fish farms use to impermanently boost the appearance of their fish.

Hormones are often the main culprit; “juicing” a fish can cause it to “color up” at a younger age. Some people believe applying hormones to a fish at a young age can have long term negative consequences on said fish.

Water chemistry can be a big issue too. Usually we talk about temperature, hardness, pH, and nitrate levels. But the truth is, most aquarium fish (especially captive raised fish) can adapt to your tap water with no issues whatsoever.

But when it comes to farm raised guppies, we’re talking about a much more extreme difference in water chemistry. Some fish farms raise their guppies in brackish water! The reason farms do this is because, quite simply, guppies do great in brackish water—it’s easier to raise them that way.

So when they make the move to, first, the store’s freshwater tanks, and later, your tank at home, the shock of going from brackish to fresh can be too much for them.

So Does This Mean I Should Never Buy From A Local Fish Store?

Not necessarily, there are some great fish stores out there. Some owners ensure that they do quarantine their fish before selling. A perfect example is the Aquarium Co-Op in the Seattle area of Washington state in the US.

But, in general, I would recommend caution buying from a store whose practices you are not fully aware of. Building up a relationship with a store owner can really give you an insight to how they run their store. As a result, that knowledge can inform your decision on whether to buy from a store.

You want to support your local fish store, because if that store is well ran, it can be a vital resource for you and other fishkeepers for years to come.

And How About The Big Box Stores?

I’d be more cautious buying from them than a LFS.

This is because the employees at the store really might not care that much about the fish. And that makes sense. Because, after all, it’s not their store. If they don’t care, I get it.

Having said that, I’ve come across the complete opposite situation at both Petsmart and Petco. In contrast, sometimes they do have employees who are, a) into fish, b) have the knowledge, and c) care enough, to take good care of the fish in their store and to advise customers appropriately.

So, to conclude, I’m not saying don’t buy from big box stores or local fish stores.

I’m just saying that, if you do, do it with your eyes wide open. And, if the worst happens and the fish you bought doesn’t make it, don’t beat yourself up too much. Because, in all likelihood, it wasn’t your fault.

Oh, and a final thought on buying fish from sources you aren’t sure about: QUARANTINE.

Okay So Where The Heck Should I Get Fish From Then?

Okay, so you’re telling me that stores aren’t always the best places to get fish? Well, where the heck am I supposed to get them?

You should go directly to the people who actually care about the fish. You should find breeders!

Breeders are proud of the fish they produce. They usually breed fish they love and fish they know how to keep. Therefore, in my experience, they are almost always the best place to get your fish.

Use Google (or your search engine of choice) to locate your nearest aquarium society.

I cannot recommend this enough. This is by far the best way to make connections with local fish breeders.

The “local” part of that statement is a big deal. It’s important because if you obtain young fish from a breeder in your area then chances are those fish have been born and raised in the same tap water you have! That is a huge bonus, because you’ll almost no acclimation concerns!

Also worth considering: the tap water benefit isn’t the only benefit of making connections via an aquarium society. You’ll also be able to cultivate friendships with fellow fishkeepers whose knowledge you can lean on as you encounter issues in the hobby.

Okay, so what if you really want a penang eruption discus. But, nobody in your local area is breeding them.

Alright, so what next?

Hop onto Facebook! Because if you absolutely must have a very particular fish, chances are that there is at least one Facebook group totally dedicated to the fish that you want. As a result, these groups are an ideal place to find breeders.

As you can imagine, any misunderstandings about shipping or meeting up could cause issues, so, always be clear and meet your obligations!

I like Aquabid.com, it’s a great site to browse as a fishkeeper and a solid option for sourcing healthy fish.

So, for any readers unfamiliar with Aquabid, think of it as “eBay but for fish”.

Auctions are posted and then buyers have the opportunity to bid or “buy it now”. It’s as simple as that.

That way you can be sure you want to buy from that particular seller.

Some very good fish stores sell their fish online via Aquabid, the perfect example is the Wet Spot from Portland, Oregon. They’re one of the best fish stores in the US, and if you live on the other side of the country you can use Aquabid to get your hands on some of their fish.

This Is All About Breeders. How About Wild Fish?

Well, that’s where a site like Aquabid comes in handy. Lots of the sellers there be listing wild caught fish for auction.

Wild caught fish, as a general rule, are more difficult to keep than captive raised fish. So, if you’re new to the hobby and are struggling to find success with your fish, I’d recommend avoiding wild caught fish until you get a solid grip of their captive raised counterparts.

In conclusion, I dare say you can buy fish from just about anywhere and be successful. Especially if you do it knowing what you’re getting into, i.e. farm raised fish might not be in the best shape when you get them.

But, I really can’t emphasize enough the head start you’ll be giving yourself if you can make that all important connection with a local breeder to source your fish from.

You can also give yourself the best chance of keeping healthy fish by understanding aquarium stocking levels. I’ve written an article on it here.

I operate a very active Instagram account – @coolfishnetwork. I post cool pictures of fish almost every day and I engage in the comment section because I really enjoy chatting with fellow fishkeepers. So go ahead and say what’s up and I’ll likely get back to you with a friendly hello! 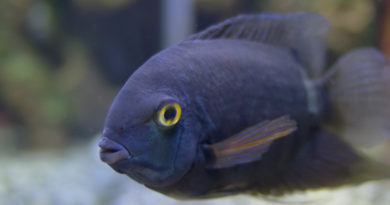 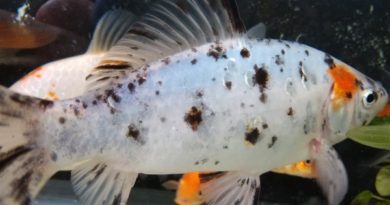 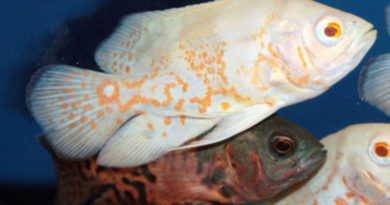