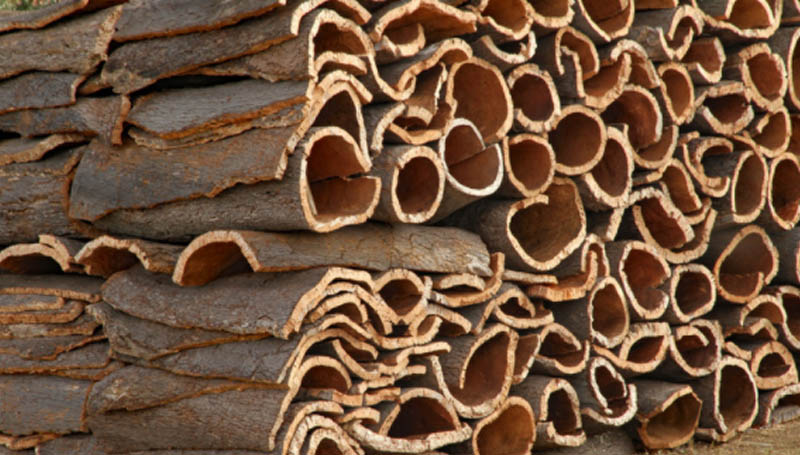 Cork bark sure does look awesome, doesn’t it? So, you’re wondering if it’s aquarium safe. Yes, it can be used safely in a fish tank. But, you must keep a few things in mind before trying it as part of your aquascape.

The first thing you need to know about putting cork bark in your aquarium is that it floats. And it floats like a champion. So, that’s a possible frustration to overcome.

While it can be a pain, it’s not necessarily the end of the world.

The best way to keep cork from floating is to silicone it to something heavy like a tile or a nice flat piece of slate.

Cork Bark Will Biodegrade In Your Aquarium

Another issue you will encounter is that cork bark will naturally break down. Therefore, you need to keep in mind that while it looks fantastic, it is a temporary decoration in your aquarium.

Also, as it begins to break down, you’ll need to consider that it will be less attractive as it degrades.

It’s also important to reconsider that cork likes to float. So, when you secure it to a piece of slate for example, that joint will be under extra pressure because the cork will be trying to float. As a result, that will likely be where the cork breaks down first. And when it breaks down there, you’ll wake up one morning to find that it’s floating again.

This is a bit of a contentious issue. Some fishkeepers have reported that cork in the aquarium acts as a serious algae magnet. Whereas, others have said that it doesn’t.

But, with algae we always have to remember, that it’s an indicator of something being out of balance. Sure, some surfaces are more prone to algae than others, but you can resolve an algae problem by adjusting light and the amount of nutrients available in the water column.

Be Careful Where You Source Your Cork Bark

Cork can—according to some—sometimes be treated with pesticides. So, word of warning, be very careful where you source your cork bark.

So, what’s a safe place to source it? While it is aimed at reptile setups, some aquarists are happy to use Zoo Med’s cork bark (affiliate link). Use of Zoo Med’s cork products has not resulted in issues for the fish in the tank.

Other Uses For Cork Bark In The Aquarium

Cork bark can be allowed to float in the aquarium. This can be useful for a number of reasons.

Betta keepers often use cork decorations for their fish. This is because bettas like to hang out near the surface of the water. Therefore, the floating bark can provide them with cover and increase their feeling of security. In addition to this, sometimes a male betta will build his bubble nest under something floating on the surface. Zoo Med actually make a cork bark product specifically aimed at betta keeps—the betta log—which is a small round piece of bark that the betta can rest inside of.

Another use for floating cork is as an anchor for java moss if you want to float it in your aquarium. Check out this complete article on the topic.

As cool as cork can look in your aquarium, it’s not the ideal wood to use in your aquarium. There are several alternatives that have an equally cool aesthetic and, bonus, they sink and stay sunk much more easily.

Malaysian driftwood (affiliate link) is one of my personal favorites.