Probability: A Good Koi Is Like Winning The Lottery

Koi, as you can image, are no different. In fact, koi don’t really breed as true as dogs or pumpkins. For example, if you take a champion female koi and breed her then, sure, she can lay around a million eggs! So, you might be thinking back to economics class and thinking “gee, a million baby champion koi… supply will easily overwhelm demand?”

Of those million eggs, only around 60% of them will hatch. That’s your first obstacle.

Sadly, in any spawn of any fish, there is the chance to encounter deformities. As a result, baby koi with bent spines, missing fins, abnormal gill covers, and other health issues are culled from the group at an early stage.

A koi breeder will begin to grow the fry (baby fish) and carefully monitor their development. Next, at several points in development, the workers on the koi farm will select juvenile koi from the group to be grown on. Youngsters are chosen for their potential to develop desirable coloration.

Meanwhile, those that don’t make the cut will either be culled or sold on at a very low price.

To the layperson, color might appear the most important attribute. However, koi experts prioritize body shape before color. A perfect pattern with an undesirable body shape will neither win competitions nor fetch a high price.

So, again, the champion koi’s babies will be thinned out. Only those showing potential for good body shape will be kept on at the farm.

At this point, the koi farm will be lucky if they have hundreds left, let alone hundreds of thousands.

And guess what, the thinning out continues!

Koi keepers like “jumbo” koi. So, breeders are always looking for fish that grow fast and reach big sizes. So, let’s say you have a koi that has a good pattern and body shape. Is that enough? Not necessarily. If it doesn’t seem to want to grow at the expected rate, then that koi isn’t going to be favored.

Depending on the variety, size can be very important. For example, gosanke varieties (kohaku, showa, and sanke) are prized for their size. Same goes for other well-established varieties like chagoi.

Time is money, and that’s just as true for koi farms as it is for Wall Street guys. So, that’s why the farmers thin and thin the batch and pick only the best prospects to continue to raise in their own mud ponds.

So far, the value of a good koi has mostly been created by the low chance of a “good” one coming from a million eggs.

Next we need to consider how much value the koi farms add through their expertise and labor. Already, they’ve spent lots of time selecting the best juvenile koi. That selection was just the beginning, next comes grooming and husbandry.

A koi farm can put many years of care into a single fish if they believe it will develop to be very high quality.

Younger and smaller fish are sold for less because there is always an element of gambling on a juvenile. It might display a good pattern at a small size, but the pattern can change over time as the fish’s body grows and changes. Additionally, some colors, such as sumi (black), tend to improve with age.

So, if a koi breeder thinks a particular fish might turn out to be a world beater, then they’ll likely hold onto it until it’s a sansai (up to three years old) before selling it. They’ve gambled on that fish and spent time and money on raising it up—this adds more cost to the fish.

Well, if there’s big money to be made raising koi and selling them, why aren’t people doing it all over the world? Well, the answer is, they are. Not only are hobbyists producing fry from Japanese lines, there are also reputable koi farms outside of Japan.

But, in spite of the hobby being very much global, Japan is still the best producer of koi for a number of reasons.

First is environment. It’s true that koi and their wild counterpart, the common carp, can live in a wide range of temperatures and environments. But, there are optimal conditions for raising them. For example, in Japan, the best koi farms are located in Niigata.

But it’s not just climate, because there are other places around the world with similar climates to Japan’s Niigata region. Tacit knowledge is also an important factor.

In the business world, tacit knowledge relates to a region’s specialization. For example, Tuscany is famous for its leather production; leatherworking expertise is considered “tacit” in that region. I once heard it explained as being “in the air”. Which, while poetic, might not be exactly accurate. I prefer to think of it as in the blood of the people. I believe trade knowledge is cultured by conversation and via parent to child.

So, that’s why Niigata breeders raise the best koi: it’s in their blood. And if you want to buy koi from them, that extra special skill that they possess costs a pretty penny!

Once A Fish Leaves Japan, It Can Never Return

This, I think, is a little known fact. Japan does not allow koi to be imported back into the country.

So, imagine a koi breeder has a nice fish and they’re not sure if it’s going to develop to be a champion some day. And koi breeders need to hold onto some champion fish to enter into the All Japan Koi Show, because performing well in competitions is part of building and maintaining a reputation. Do you think a breeder is going to let a potential champion leave champion for a low price? Of course not!

This means that extra special, super, duper, awesome koi won’t be leaving Japan for anything less than a year’s salary (for most of us anyway)!

Getting quality koi out of Japan and into our ponds isn’t cheap either.

Water is heavy, and so are the koi in that water. So international shipping costs add up quickly.

Furthermore, here in the US you’ll need an import license, and I’m sure many countries around the world have similar regulations.

So, shipping and importing add even more cost to good quality koi!

The Dealer Has Bills To Pay Too!

Good koi dealers are experts. They often travel to Japan to hand pick the best koi that they can then sell on in their own country. Getting their hands on the best koi is a feat in itself; a dedicated koi reseller can spend years developing relationships with Japanese breeders so that they can get first dibs on the farm’s best fish.

So, when you buy fish from a dealer, you’re paying for their time and expertise too!

Why Are Koi So Expensive – Conclusion

Alright, so that’s why quality koi are so expensive!

Koi are so expensive because, first of all, only a few youngsters from a clutch of eggs are considered high quality. Then the expertise of breeders and dealers is rolled into the cost of a good koi. And last of all, the cost of shipping and importing from Japan to other countries is added to the cost of a koi fish.

If you enjoyed reading this article, then check out some others about koi. 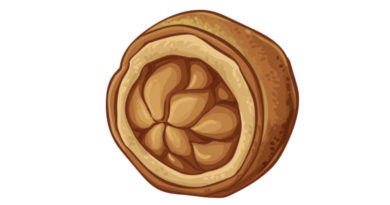 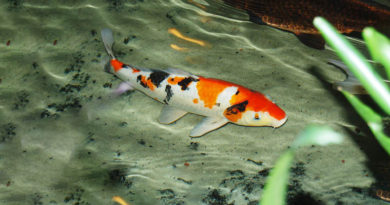 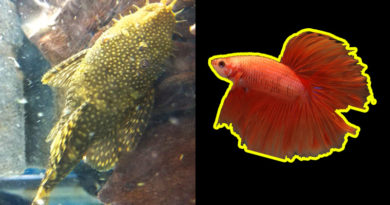