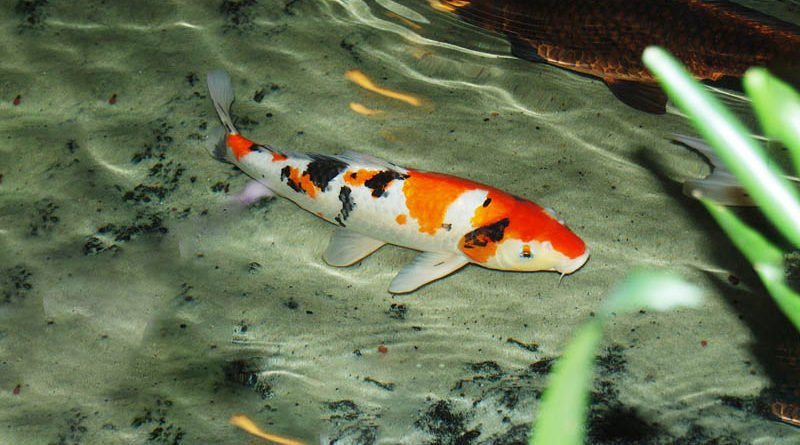 The kohaku is that classic white koi with the red patches along the back and flank of the fish. The red and white koi that have some black on them are either showa (showa sanshoku) or sanke (taisho sanshoku).

Check out this article here to identify the difference between a sanke and a showa koi.

What Does The Word Gosanke Mean?

Gosanke is an interesting word in Japanese culture, and has an equally interesting origin.

It means “three families” or “three houses”; it’s used to refer to the big three of anything. For example, you might think of the three most spoken languages on planet earth—Chinese, Spanish, and English—as the gosanke languages. Or if you’re a soccer fan, maybe you’d think of Barcelona, Real Madrid, and Manchester United as the gosanke soccer teams.

What Is The Origin Of The Word Gosanke?

Edo Japan was ruled by the Tokugawa Shogunate and was established in 1603 by Tokugawa Ieyasu. At this time, the Japanese utilized a system of hereditary succession. Therefore, under the Edo system, the eldest son would take over in the event of his father’s death.

Interestingly, Tokugawa’s three youngest sons founded three important branches of the Tokugowa clan: the Owari, Kii, and Mito branches. Owing to their connection to the main branch of the family, these branches were permitted to provide a shogun in case of need.

So Back To Fish! Why Are Gosanke Koi A Big Deal?

Remember, there are over one hundred different varieties of koi! So, what makes kohaku, sanke, and showa so darn special?

Gosanke are the best. That’s why they’re such a big deal. Well, hold on, isn’t “best” totally subjective? It sure is. But, when I say best, I suppose I should specify: they’re the best according to the consensus from koi keepers, breeders, and judges.

What Does Best Mean?

Well, when judging koi, body shape and size is very important. To the layperson, color might take priority over body shape. But, to the hardcore koi keepers out there, size and shape are much more important.

So Why Do Gosanke Varieties Have The Best Shape And Size?

It’s because they’re very well established varieties. The red, black, and white coloration was locked in a long time ago. As a result, breeders have had generations to focus on breeding the biggest, best shaped kohaku, sanke, and showa.

Wait… What About Chagoi?

Chagoi are a very old variety of koi also. We can see as much in their coloration, i.e. they’re very close in appearance to their wild counterparts. Consider the name of the fish, chagoi; “cha” comes from the Japanese word “ocha” which means tea. This is a reference to their tea-like coloration.

Chagoi differ from wild carp, however, in that they are known for their tame nature and willingness to interact with, and hand feed from, their owners.

Like the gosanke varieties, chagoi has been around so long that the body conformation and size is often excellent.

So, Why Aren’t Chagoi Included With The Gosanke?

It wouldn’t be a “gosanke” with four varieties! But, that’s not addressing the essence of the question.

While body comes before color in koi judging—and chagoi have excellent conformation—color still has a role to play. With chagoi their solid color and similarity to wild carp in terms of color doesn’t present a real challenge to the breeder. Chagoi are bred for their size, shape, and excellent temperaments.

The only thing that can stop a gosanke winning grand champion is the cancellation of the show itself. In 2003, the show was canceled as a result of a severe outbreak of KHV (koi herpes virus) which caused many koi farms to lose large amounts of their stock. Disaster struck again in 2004, causing another cancellation, when an earthquake affected Niigata, the koi center of Japan.

How About Some Examples Of The Gosanke?

Let’s look at each of the three varieties that make up the gosanke!

This is the kohaku! A white fish with an overlaying red pattern. We count the separate patches of red color and refer to them as “steps”. For example, the fish in this picture has two steps in its pattern.

Kohaku originated from benigoi, a solid red variety. Breeders noticed white creeping up from the bellies of their benigoi and, as a result, began to breed for increased white. Eventually, these breeders established the kohaku.

From the kohaku came the sanke. This fish has smaller spots of black interspersed with the red and white. And, generally speaking, there should be no black on the head of a sanke.

Therefore, we conceptualize sanke as white fish decorated with large red steps, and smaller black steps along the body.

Whereas, black is considered more powerful in showa koi.

In contrast to the sanke, we see the showa as a black fish decorated with red and white patches. As a result, in showa, black is expected to cover larger areas and even extend onto the head. 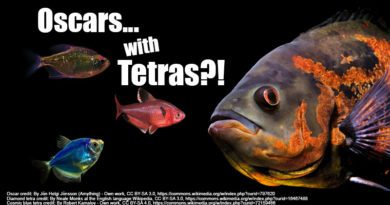 Oscars With Tetras As Tank Mates 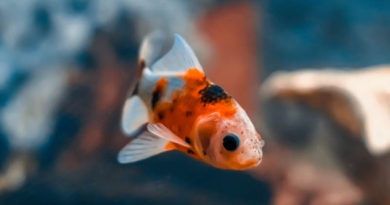 Are Shubunkins With Black Eyes Blind? 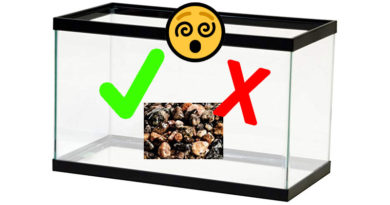