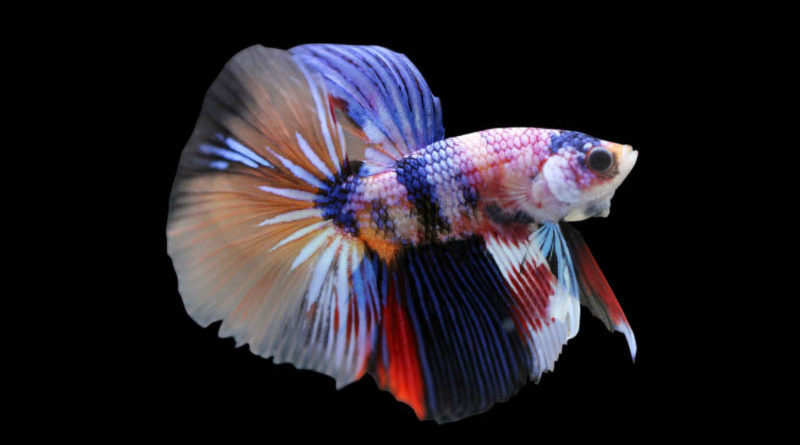 When I first got into the hobby over 30 years ago, I would check out fish stores and see that all the males seemed to have long fins, whereas, all the females had short fins. So, I thought I had it all figured out. That was until I saw a relatively short finned male betta and I realized I had to go home and do some research!

What Exactly Is A Betta Fish?

First of all, we need to clear up exactly what kind of fish we’re talking about. “Betta fish” as they’re commonly known are actually just one species—Betta splendens—of an entire genus. So far, over 70 distinctly different species have been described in the betta genus!

But, for this article, we’re simply talking about one of those species: B. splendens. In some countries, this fish is also known as the “Siamese fighting fish”.

At this point we know exactly what we’re talking about when we say “betta” right? Not exactly, because there’s another division we need to be aware of: wild B. splendens and domesticated B. splendens are quite different. These differences came about as a result of selective breeding for particular appearances.

In this article I want to focus on the domestic types because that is what you will almost encounter in the hobby.

What Is Sexual Dimorphism

Simply put, sexual dimorphism is the difference between males and females in the same species.

Let’s break the term down.

Firstly, “sexual”—well, that’s simple enough, it means relating to the sexes, i.e. males and females. “Dimorphism” can be broken down into “di” and “morph”. First of all, “di” simply translates to “two” from Greek.

Whereas, “morph” is a more interesting word. If we take the general definition, it means to change from one form to another. However, in biology, “morph” has a different meaning. In the context of an animal, a different type found within a single species is known as a different morph. For example, as fishkeepers, we’ve probably all heard somebody say “it’s a different color morph”.

Good examples in the fish world are oscar cichlids and swordtails. First of all, with oscars, the male and female are notoriously difficult to tell apart. Whereas, with swordtails, the male is patently obvious because of the long sword shape it develops on its caudal fin.

So, back to bettas: how different are the males compared to the females?

Domesticated bettas do not display significant color differences between males and females. In fact, I’d say it’s non-existent. Because, any color you can find in a male betta, you can find a female betta with the same type of coloration!

However, in the wild type B. splendens the male is generally more colorful. Whereas, the female tends to have a more prominent horizontal stripe along her flank.

This is a good place to start when you want to sex a betta. Because once you familiarize yourself with their different body shapes you’ll be able to tell the difference between a male betta and a female betta more easily.

In short, females are recognizable because, especially when mature, as much plumper looking than their slender, male counterparts. The best place to spot the thickness of the female versus the male is head on; females look quite oval, whereas males almost look triangular, with the point of the triangle at the top of their body.

Differences In Fins: All Short Finned Bettas Female? No!

As I mentioned in the introduction, I thought as a child that long fins = male and short fins = female. It was only later that I began to realize that the wild male betta has “short fins” also.

I put short fins in quotes because the wild male actually does have slightly longer fins than the female. But, it’s nowhere near as dramatic as in the long finned domestic varieties.

Females: Check For An Ovipositor

Now we come to—as far as I’m concerned, anyway—the absolute easiest way to tell whether a betta fish is male or female: the ovipositor.

If you’re relatively new to fishkeeping, you might be wondering, “what the heck is an ovipositor?!” Well, it’s the organ that female fish use to lay eggs.

In some fish, like cichlids, the females keep them retracted until they are ready to lay eggs soon. However, fortunately for us, female bettas are different and their ovipositor is always visible once they are sexually mature.

It’s very small, so you might need an old fashioned magnifying glass or maybe the zoom on your phone to really see it!

It’s a common misconception that only the male betta flares its gills, the females will also spread open their gill plates as a display of strength.

However, there are differences. The male’s gill flaring is more impressive because of a “beard” it has behind its gill plates. This makeshift beard flares out beyond the gill plates, causing the fish to look extra intimidating.

Generally, only the male builds a bubble nest.

So, if your betta has short fins but it is building a bubble nest, it’s probably a female. While I haven’t witnessed it personally, some people do report that their female bettas have blown bubble nests. I suppose anything’s possible!

In conclusion, there are several ways you can tell a male betta and female betta apart. Using a combination of the differences discussed in this article you should be able to tell them apart quite easily. 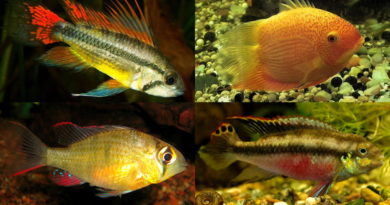 Cichlids For Community Aquariums – 5 Of The Best 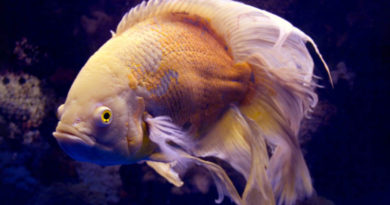 Feeder Fish Are Bad For Your Oscar, Unless… 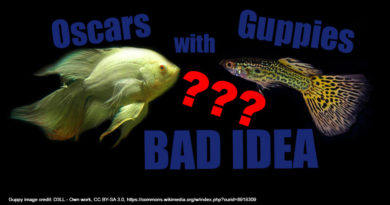