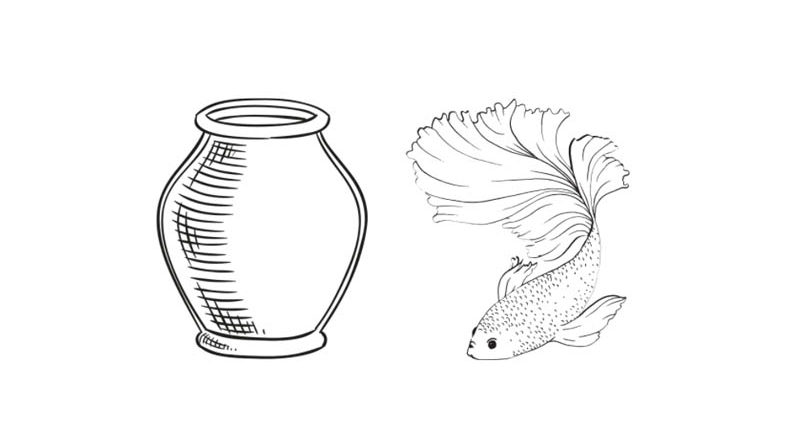 Is it okay to keep betta fish in a vase? Well, the popular answer would be a simple no. However, the truth is much, much more complicated. Am I suggesting a newcomer should blindly buy a betta fish from Petsmart and shove it into a vase? Absolutely not! But, am I saying it’s possible to keep a betta fish in a vase healthily? Sure, yes, it is possible.

The problem, as far as I’m concerned, is dogmatism because it lays down “irrefutable” rules without educating!

In this article, I’m going to smash the dogmatism surrounding betta fish and leave you better informed so you can make your own decision.

How’s It Done In Southeast Asia?

The domesticated betta fish (B. splendens) hails from Thailand where it was originally domesticated. Since catching wild bettas, Southeast Asian breeders have used selective breeding to produce many different fin and color types. So, you might say, they’re both the originals and the experts!

Therefore, it’s important for us as hobbyists to look to the breeders and explore their best practices.

Check out the below video from YouTube vlogger Kyle Le where he visits a betta farm in Vietnam.

As you can see, Asian breeders tend to breed and raise their bettas in very, very small containers. It might surprise Western fishkeepers, but their fish are healthy, happy, and some of the best in the world!

If They Can Do It, Why Shouldn’t Everyday Hobbyists?

So, your next question might be: why do so many people vehemently insist that keeping bettas in small containers like vases is bad?

Well, because, it kinda can be bad to keep your betta fish in a vase. It really depends on a combination of a couple of things. Firstly, how experienced of a fishkeeper are you? And secondly, how dedicated to your fish are you?

When you overstock your aquarium, nitrogen compounds (ammonia, nitrite, nitrate) build up very quickly and they can cause your fish harm. And that’s essentially what a vase is: it’s an “aquarium” with “too many” fish in it.

The nitrogen cycle is something all fishkeepers should be aware of. To put it simply, the nitrogen cycle is the process by which bacteria breaks ammonia (produced by fish) down into nitrite and then nitrate. Ammonia is very dangerous for your fish, so is nitrite, but nitrate is less dangerous.

So you need something to grow bacteria on. Bacteria will grow on anything, including the smooth surfaces of containers. But, more surface area is better because it can house more bacteria. So, if you want to keep your betta fish in a vase, this is something you’ll need to consider. At the very least you should put gravel in the container to give the bacteria a rough surface to live on.

Ideally, you should try to come up with a filtration method. Filters work by passing water over media with a large surface area so that an increased amount of water can pass over a large colony of bacteria. However, due to the shape of a vase, it could be difficult to use a filter.

Let’s go back to the Vietnamese betta farm from the video above. Because, if you watched the video you’ll have noticed that the breeder kept his fish in small plastic water bottles and none of the containers had filters on them.

Well, the breeder changed out a portion of the water in every single container at least once a day! And that is the secret to success for many breeders who have so many fish that they simply have to overstock. In an overstocked scenario, you can counteract the negative impact of nitrogen compounds by simply change more water and more often!

How Big Is The Vase?

How big is a vase? Well, how long is a piece of string. If you could find a huge vase, then keeping a betta in it wouldn’t be a problem.

So, what I’m saying is, size matters and bigger is better. The reason bigger is better is because more water means nitrogen compounds will be more diluted and therefore less dangerous to your fish.

But, if you end up using a smaller container then you can—as discussed earlier—counteract that by changing the water more often to prevent ammonia, nitrite, and/or nitrate building up into dangerous concentrations.

You’ll Have To Test Your Water To Be Sure!

There’s no escaping it. You’ll need to test your water to figure out how long it takes for nitrate to build up. Fishkeepers debate how high nitrates can go, some people say 10ppm is when you should change your water, while others think 40ppm is safe.

However, conclusive evidence isn’t really available on bettas as to how high nitrate can go before it starts affecting the fish’s health. Personally, I like to be safe and change water as frequently as possible. So, if you want to keep your betta in a smaller container then be prepared to possibly change the water every day if needs be!

I don’t know about you guys, but I keep my house at between 70 and 74 year round! So, my house is almost warm enough for betta fish to be kept without heating the water. However, with those cooler temperatures they’re going to be a bit sluggish.

So, you need to think about the temperature in your house and whether or not you need to heat the water. You might hear that a light is enough to warm the water, and to a degree that can be true. But, if your betta is living in a very small volume of water then the temperature of the water will change faster than it would if it was a larger volume of water. Therefore, while the light is on during the day, the water might be warm enough, but at nighttime with the light off the water might slip below a healthy temp for your betta.

What are your options? Well, you could get a standard submersible heater, but it would kinda ruin the aesthetic you might be going for because it would just kinda float there in the vase. So, that’s not ideal.

There are some other options out there that go beyond the scope of this article. But, one of my favorite solutions comes from betta breeder “Inglorious Bettas” from YouTube. Her solution is great! Check out her video below.

Is Life In A Vase Boring?

Well… probably! But, how do you quantify whether a fish is entertained or not? It’s difficult, because the studies differ on fish intelligence. Some experienced fishkeepers house their fish in totally bare tanks—no gravel, no decoration, no plants. While, others believe fish need the stimulation of a home that at least somewhat resembles their natural environment.

So, you should consider putting some aquatic plants in your vase. Just make sure that the leaves of the plants don’t completely cover the surface of the water. This is because betta fish are labyrinth fish which are capable of breathing air at the surface of the water. While they can get oxygen from the water using their gills like most fish, they still need access to oxygen from the air in order to be healthy.

Plants aren’t just a stimulant for your betta fish, they also help to take ammonia, nitrite and nitrate out of the water as they photosynthesize. So, I really can’t recommend live plants enough!

Click here for a list of some of my favorite plants. And the best thing is they’re available from Amazon so you can get them delivered to your door, hassle free!

Alright, so having considered all the issues, do I think you should keep a betta fish in a vase? No, probably not. You shouldn’t because you’re really making things unnecessarily difficult for yourself. A small vase will suffer from high concentrations of damaging nitrogen compounds, but if you can keep up with water changes you might be able to keep it healthy for the fish. If you like the aesthetic of a vase then your best option is to try to find a very large vase. If you can find one that holds a few gallons of water then things will be much easier on you.

But hey, the bottom line is, a five or a ten gallon tank is cheap and easy to come by… and they make great homes for betta fish. So, unless you absolutely must have a vase, just grab a regular old aquarium instead! 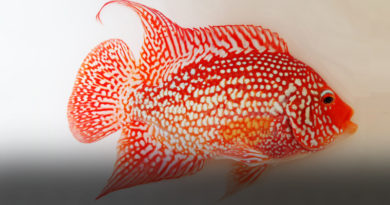 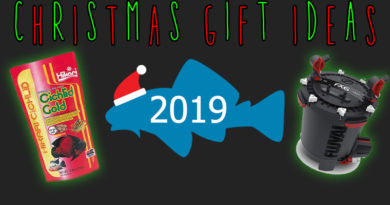 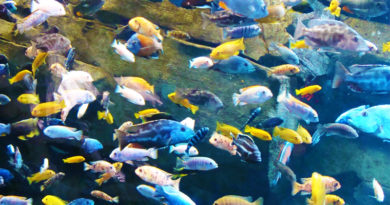 Your Aquarium Is Overstocked – Now What?